It was in the beginning of March. I got an email: ”Can you film a wedding in New York March 23rd? I know it’s short notice, but if you could, it would be awesome.”. The email came from the wonderful Anna at Rentalstories and she was planning the rooftop wedding of Tara and Peter.

”Can I film a wedding in New York?” Is that even a question? That’s like the dream of dreams!

So I didn’t have the chance to get to know Tara and Peter before the wedding, like I usually want to do. I don’t want to be a stranger showing up on peoples most important day in their life. But that’s what happened this time. It didn’t last for long, though. Peter was all happy and, from what I could see, zero nervous and Tara had the support of her three wonderful sisters and the four of them took me in like true friends do.

During the day I learned much about them as individuals and also about their relation. It was a small, yet big wedding. Not many guests, but extra everything when it comes to the rest of it. I loved it. I could really tell that Tara and Peter are two smashing personalities that wants stuff to happen fast – yesterday if it was possible. So that they got married only six months after being a couple didn’t feel strange at all. Only like them. Like it suits them.

I think that, together with the tempo that characterizes New York, made this film what it is. Something completely different from everything I did before. Urban, pulse and high class.

There is so much more than this, when it comes to Tara and Peter and their wonderful families and friends. How Taras father really spoke to me during the evening, how the toastmaster Martin did his 13th(?) ”job” as a toastmaster and did it so firkin’ well. How all the kids were so well behaved, yet brought people to laughter. How Taras mother owned the dancefloor. How Taras younger sister Tanja spoke about Tara in her speech. How beautiful the singing was during the ceremony. But I can’t fit it all in here. It’s for Tara and Peter to watch in private, in the longer film.

But here is for the rest of you. Enjoy. 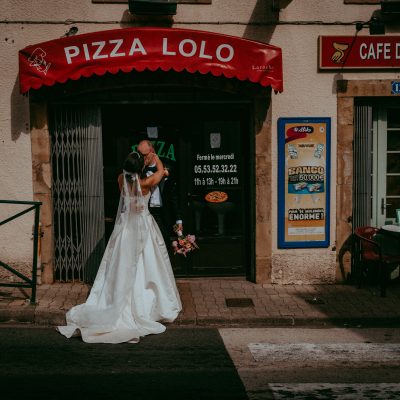 Fancy a French château wedding? Well, here it is. In the end of July, on a Tuesday, Parshin got her Eric at one of the most beautiful locations I've been to. Château la Durantie is probably a dream place for anyone at any moment – to just stand in front of it is a breathtaking experience. And inside there are so much history and fantastic details to enjoy. This is where Parshin and Eric had their preparations. Parshin with her bubbly bridesmaids in one part of the château and Eric in the other. Every detail was thought through. From the macarons, to the love letter and string quartet playing at the ceremony. Starting with a somewhat tra ...
Wedding films 8 januari, 2019
8 januari, 2019 ● Wedding films
READ MORE 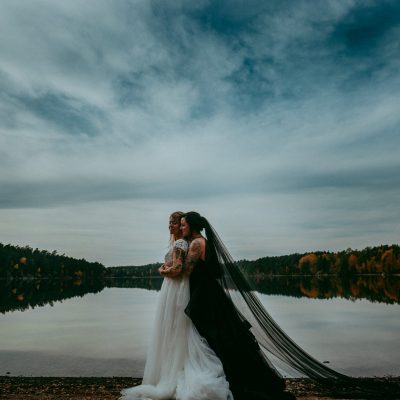 From the day Henrietta booked me for their wedding, I knew this was gonna be a very special day. She told me a lot about her and Carin, about their personalities and their life together. So I went into this day knowing it would be relaxed and easy-going. But my expectations were outdone. From the moment I sat my foot in the hair saloon where both of them were getting ready (in separate parts, so they wouldn't see each other before their first look, how cute is that?) I felt like a friend with a camera. Meeting Carin, who I hadn't had any contact with before the wedding and feeling her warmth and nervousness about wearing a dress, something sh ...
Wedding films 28 december, 2019
28 december, 2019 ● Wedding films
READ MORE 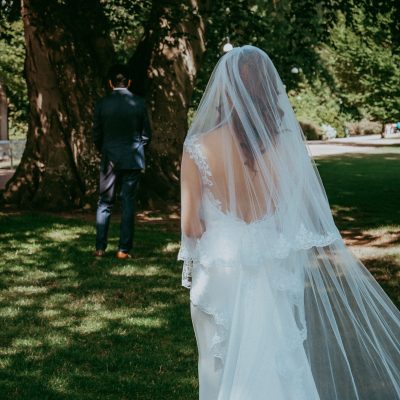 In the middle of the very hot Swedish summer of 2018 I had a wedding in south of Sweden, in Helsingborg. After several weddings in a row where I almost fainted because of the heat we ended up with a normally fantastic Swedish summer day with 20-22 degrees celsius, which just felt perfect. I joined Mahgol and her crew at V Hotel in central Helsingborg around noon and the feeling was somewhat tensed, somewhat relaxed. The bride was nervous (perfectly normal, if you ask me), but the feeling all in all was that everything was all right and that we where heading towards a nice day. The guys had a great time at their room at the same time and I ...
Wedding films 4 november, 2018
4 november, 2018 ● Wedding films
READ MORE